Share
10 Aug 2022 News
We are utterly delighted that Amita Parikh's magical debut The Circus Train will have the chance to dazzle readers in the UK, as UK and Commonwealth rights (excluding Canada) have been snapped up from Thérèse Coen by senior commissioning editor Rosanna Forte at Sphere. 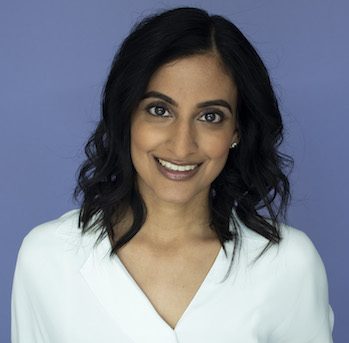 We are utterly delighted that Amita Parikh‘s magical debut The Circus Train will have the chance to dazzle readers in the UK, as UK and Commonwealth rights (excluding Canada) have been snapped up from Thérèse Coen by senior commissioning editor Rosanna Forte at Sphere. It is scheduled to hit shelves in January 2023.

Across the Atlantic, The Circus Train was published by HarperCollins Canada in March and entered the Canadian Toronto Star Bestseller list at #4 in its first week after publication! US rights have sold to Putnam with publication due in December this year. Russian, Czech, Albanian, Slovakian and Greek rights have also been acquired.

Amita said: “It’s a privilege to have Rosanna and the rest of the Sphere team publishing The Circus Train.  London was where I started working on this novel and where my writing career flourished — I owe so much of my success to the numerous talent schemes and initiatives the UK runs for new artists.

“It’s been a joy working on this book with the support of my brilliant agent, Thérèse, and my other editors, in addition to the team at Sphere. This story and its characters mean so much to me, and I hope that readers enjoy the magical world of The Circus Train.”

Rosanna said: “I read The Circus Train in one glorious afternoon of lockdown and was transported to a Europe at once familiar from the history books and utterly magical. Amita takes her readers on a journey filled with enchantment, heartbreak, horror, love and astonishing bravery. I am so excited for the UK to step aboard the World of Wonders in 2023.”

Thérèse said: “Rosanna and the team at Sphere are the perfect home for Amita’s utterly magical debut; bringing them all together was definitely one of the best things to have come out of lockdown. I am hugely excited for readers to discover Amita’s dazzling talent.”

Europe, 1938. Even as the daughter of the extraordinary headlining illusionist, Lena Papadopoulos has never quite found her place within the World of Wonders – a travelling circus that traverses the continent in a luxury steam engine. Brilliant and curious, Lena yearns for the real-world magic of science and medicine, despite the limitations she feels in her wheelchair. But when a young French orphan, Alexandre, comes aboard the circus train, Lena’s life is infused with magic and wonder for the first time.

But outside the bright lights of the circus, darkness is descending on Europe. War is about to shatter Lena’s world, and take away everything she holds dear. And to recover what she has lost, Lena will have to believe in the impossible.

After earning an Hons BSc in Human Biology and Spanish from the University of Toronto, Amita Parikh moved to London where she completed the six month Curtis Brown Creative Writing Course, the Royal Court Theatre’s Writer’s Programme and was a runner-up in the 2019 Jericho Writer’s Bursary Competition for under-represented writers. When she’s not writing, she works as a marketer and developer in the tech industry and produces and hosts a podcast about women in sport. She splits her time between Toronto and London.