Share
06 Jan 2021 News
Over the weekend, philosopher Professor Kathleen Stock wrote an article for the Mail on Sunday in response to an open letter signed by her peers. 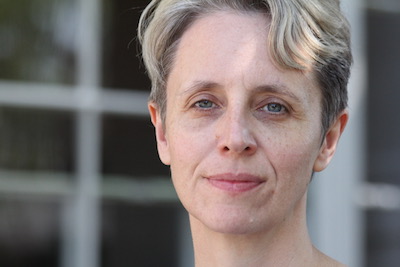 Over the weekend, philosopher Professor Kathleen Stock wrote an article for the Mail on Sunday in response to an open letter signed by her peers. The letter followed the announcement that Professor Stock would be awarded an OBE for her services to Education in the 2021 New Years Honours List. In her article, Professor Stock emphasises the importance of academic freedom and of material reality.

Her book, Material Girls, is set to be published by Fleet in May 2021.

Material Girls presents a timely and opinionated critique of the culturally influential theory that we each have an inner feeling about our sex called a gender identity, and that this feeling is more socially significant than our actual biological sex. It makes a clear and humane feminist case for retaining the ability to discuss material reality about biological sex in a range of important contexts, including women-only spaces and resources, healthcare, epidemiology, political organization and data collection. It will investigate the intellectual history of gender identity, showing how the concept is linked to a misguided philosophical picture which broadly rejects science and conflates facts about intersex people with facts about trans people. Material Girls concludes with a positive vision for the future, of collaboration between feminists and trans activists, detailing how they could work together to achieve some of their political aims.

Kathleen Stock is a Professor of Philosophy at the University of Sussex. She has written extensively on the nature of pretence, imagination, and fiction, for academic audiences. She is the author of Only Imagine: Fiction, Interpretation and Imagination (Oxford University Press, 2017) and she has written several academic articles on the nature of sexual objectification from a feminist perspective. Spurred into action by the UK public consultation on gender law reform, she has written extensively for the general public on sex, gender, and women’s interests for The Economist, The Conversation, Quillette, Standpoint, and The Article. Kathleen has been interviewed in The Daily Telegraph, Times Higher Education, the German magazine Cicero, and the Danish daily newspaper Berlinske; and reported or discussed in the Guardian, Times, Sunday Times, Daily Mail, The Spectator, and the New York Times.