Share
11 Jan 2019 Archive
Helen Cox’s contemporary cosy mystery series has been snapped up by Quercus in a three-book deal. World English language rights for the Yorkshire-based series were won at auction by Quercus fiction editor Therese Keating from Joanna Swainson at Hardman & Swainson. 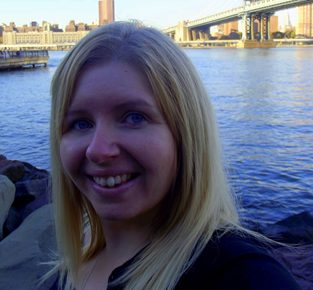 Helen Cox’s contemporary cosy mystery series has been snapped up by Quercus in a three-book deal. World English language rights for the Yorkshire-based series were won at auction by Quercus fiction editor Therese Keating from Joanna Swainson at Hardman & Swainson.

Murder by the Minster is set to be the first title in the series and is expected to be published in July 2019. In Murder by the Minster amateur sleuth and librarian Kitt Hartley undertakes her own investigation to clear her best friend’s name, after the murder of an old boyfriend leaves her as prime suspect. The second and third novels will also have Kitt at their centre, as she turns her investigative eye to strange crimes committed in the city of York and the scenic North Yorkshire countryside. The book will be published in hardback, e-book and audio.

Keating said: “I fell in love with Helen’s writing from the opening chapter of Murder by the Minster. It’s full of charm and wry humour, with tons of heart as well as a gripping mystery. I can’t wait for readers to meet new sleuth on the block Kitt Hartley, and I’m so excited to welcome Helen to the Quercus list.”

Cox added: “I couldn’t be more thrilled to be working with Therese and the Quercus Fiction team on a series of books set in my home county of Yorkshire. I can’t wait to introduce Kitt Hartley to the world, who puts her own forthright, northern spin on the business of being a sleuth.”

Helen Cox it the author of two previous romance novels Sunrise in New York and Starlight in New York, south published by Avon. After completing her MA in creative writing at the University of York St. John Helen found work writing for a range of magazines, websites and blogs as well as writing news and features for TV and radio. She has written three non-fiction books and founded independent film publication: New Empress Magazine. She currently lives in York and writes novels.