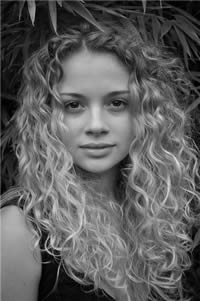 Inspired by the much-loved classic Ballet Shoes by Noel Streatfeild and created with the official endorsement of her estate, Fletcher’s middle grade debut is a timeless yet contemporary tale of three adopted children who live in a rickety-old-theatre with their eccentric Great Aunt Maude; told throughout with exquisite humour, heart and warmth.

Carrie Hope Fletcher said: ‘Writing my first children’s novel is exciting enough but to be writing a Ballet Shoes inspired novel with the endorsement of Noel Streatfeild’s estate? It’s more than I ever could have imagined. When I was growing up, books were pure magic. A sense of escapism when the world got a bit too loud and scary. It feels very special to now be able to provide that escapism for other children.’

The Noel Streatfeild Estate said: ‘By a leap of imagination, Carrie uses Ballet Shoes as the backdrop in this tale of the theatre and inspiration.’

Carmen McCullough said: ‘I could not be more thrilled to have acquired this very special book from Carrie in conjunction with the Noel Streatfeild estate. Carrie is a powerhouse of talent – I have long been a fan of her writing and her innate ability to balance contemporary settings with a classic nostalgic feel and a touch of magic. Writing for children is such a natural next step for Carrie and we are incredibly excited to welcome her to the Puffin family.’

To accompany this release and in celebration of the 125th anniversary of Noel Streatfeild’s birth, Puffin will also reissue the original Ballet Shoes in a beautiful new package.

Carrie Hope Fletcher is an actress, singer and vlogger with over a million subscribers. Her first book, All I Know Now, and first novel, On the Other Side, were both released to critical and commercial acclaim and each became No.1 Sunday Times bestsellers. On Stage, Carrie won a WhatsOnStage Award for the role of Eponine in Les Misérables at the Queen’s Theatre in London’s West End, was acclaimed as Truly Scrumptious in a six-month run of Chitty Chitty Bang Bang, toured the UK as Wednesday Addams in the national UK theatre tour of The Addams Family musical and was part of the original West End cast of the musical Heathers.

Our Fathers by Rebecca Wait Review...