Charlotte Rixon’s debut is snapped up in the UK & US!

Share
01 Mar 2022 News
Charlotte Rixon's moving contemporary fiction debut The One That Got Away has been snapped up by Head of Zeus in the UK. 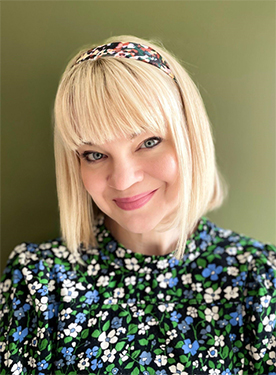 We’re delighted to announce that Charlotte Rixon’s moving contemporary fiction debut The One That Got Away has been snapped up by Head of Zeus in the UK. UK and Commonwealth rights were acquired by Rachel Faulkner-Willcocks from Caroline Hardman for the Aria list. The title is set to publish in February 2023 in hardback, ebook and audio.

Across the pond, US rights were pre-empted in a six figure deal by Sarah Cantin at St Martin’s Press in a deal struck with Sarah Levitt at Aevitas Creative Management.

Rights have also been sold to Tchelet in Israel, Libri in Hungary and RAO in Romania.

The One That Got Away follows the love story of Benjamin and Clara: when he makes a devastating mistake on their last day at university, their lives go in different directions. Twenty years later, an explosion is reported at a football stadium in the city where they met, and Clara is pulled back to her first love.

Rachel said: “I have admired Charlotte’s work since The Rival, but this new book takes her writing to the next level and proves she is one of the most exciting new voices in the business. In Clara and Benjamin, Charlotte has perfectly captured the heightened emotions of first love – from true joy to feverish agony, and everything in between. The One That Got Away is about how those early relationships shape us, however long they last or dramatically they end. And I think Clara’s quest to heal those wounds and put things right will be relatable to many readers.”

Charlotte said: “I’ve wanted to write about first love and the repercussions it has on the rest of our lives for a long time, as it’s a subject I find fascinating. It’s such a formative experience that often casts a long shadow, shaping the rest of our romantic relationships. Rachel’s passion and enthusiasm for the novel genuinely blew me away – I knew from her very first response that she was the editor I wanted to work with, and I’m so lucky and excited to be working with her and the team at Head of Zeus. And then, to receive the offer from St Martin’s Press in the US was the icing on the cake. This novel is very special to me and I really hope readers will be moved by Clara and Benjamin’s story.”

Charlotte Rixon studied Classics at Leeds University and went on to gain an MA in Screenwriting. She has worked as a journalist, and more recently as a content marketing specialist working on luxury brands.

Kitt Hartley is set to return...

The Bleeding Tree by Hollie Starling...