Kitt Hartley is set to return to Quercus

Share
11 Feb 2022 News
We're finishing the week on a high, because Quercus have snapped up two new titles in the Kitt Hartley Yorkshire mystery series by Helen Cox. 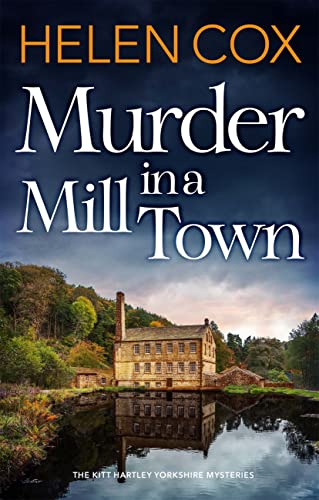 We’re finishing the week on a high, because Quercus have snapped up two new titles in the Kitt Hartley Yorkshire mystery series by Helen Cox. World English language rights were acquired by Stef Bierwerth from Joanna Swainson. The first title in the deal, and the seventh titles in the series, Murder in a Mill Town, is set to hit shelves in September 2022 in hardback, ebook and audio, with the paperback to follow along with book eight in 2023.

When a violent murder shatters the otherwise peaceful idyll of Andaby near Hebden Bridge, DS Charlotte Banks can’t help but suspect that her brother Ewan – recently released from prison and now living in Calderdale – is behind it. Ewan claims he’s innocent, and even has an alibi to prove it, but DS Banks isn’t convinced. So much so that she turns to the only people who can help her in an investigation this personal: Kitt Hartley and Grace Edwards, of Hartley and Edwards Investigations.

On the hunt for the killer, Kitt and Grace discover the victim was choked to death on her old school sash. From this lead, Kitt, Grace and DS Banks are drawn down a dark trail littered with decade-old grudges, schoolyard secrets, broken hearts and bullies, and struggle to get closer to the truth. When a second victim goes missing however, the clock starts ticking.

Can Kitt recover the missing woman before it’s too late? And how do you catch a killer hiding in plain sight?

Helen said: “I have been overwhelmed by the love readers have shown for Kitt Hartley and am thrilled to be working with Quercus on two new mystery adventures. It’s such a delight to continue writing about this cast of quirky characters who have well and truly stolen my heart.”

Stef said: “In the last three years, since the launch of Murder by the Minster, Helen’s delightful Yorkshire mysteries have become a favourite amongst so many cosy crime fiction lovers and we’re very excited to sign up another two new titles featuring the fabulous librarian-turned-sleuth Kitt Hartley and her assistant Grace. Set against a brilliantly atmospheric and picturesque backdrop this series is jam-packed with cracking storylines and a cast of utterly charming characters.”

Lorraine Brown’s Uncoupling Shortlisted in the...

Charlotte Rixon’s debut is snapped up...