Share
01 Feb 2022 News
We are over the moon that Lorraine Brown's uplifting and funny debut novel Uncoupling (aka The Paris Connection) has been shortlisted for the Katie Fforde Debut Romantic Novel Award 2022! 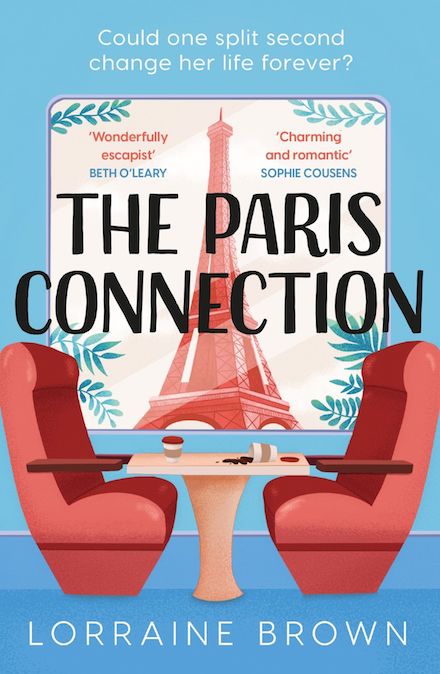 We are over the moon that Lorraine Brown‘s uplifting and funny debut novel Uncoupling (aka The Paris Connection) has been shortlisted for the Katie Fforde Debut Romantic Novel Award 2022! The award is given to the best romantic novel by a first-time author.Orion published this feel-good love story in paperback on the 6th January this year, following on from the hardback release last February.

Launched in 2015, the annual RNA Industry Awards is one of the UK publishing industry’s highlights and is designed to acknowledge and recognise the many professionals whose work supports and promotes the genre of romantic fiction. The winners of the awards will be announced during the Romantic Novelists’ Association’s Romantic on Monday 7th March 2022. Best-selling novelist Jo Thomas will host the awards ceremony.

Could one split second change her life forever?

Hannah and Si are in love and on the same track – that is, until their train divides on the way to a wedding. The next morning, Hannah wakes up in Paris and realises that her boyfriend (and her ticket) are 300 miles away in Amsterdam!

But then Hannah meets Léo on the station platform, and he’s everything Si isn’t. Spending the day with him in Paris forces Hannah to question how well she really knows herself – and whether, sometimes, you need to go in the wrong direction to find everything you’ve been looking for…

Kitt Hartley is set to return...