Share
13 Nov 2020 Archive
Two new novels from bestselling author Miranda Dickinson have been snapped up by HQ, an imprint of HarperCollins. World English rights were acquired from Hannah Ferguson for The Start of Something and another untitled novel by Publishing director Manpreet Grewal. The Start of Something is set to be released in paperback, audio and e-book in September 2021. 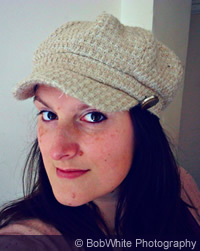 Two new novels from bestselling author Miranda Dickinson have been snapped up by HQ, an imprint of HarperCollins. World English rights were acquired from Hannah Ferguson for The Start of Something and another untitled novel by Publishing director Manpreet Grewal. The Start of Something is set to be released in paperback, audio and e-book in September 2021.

HQ have previously published two other novels by Miranda, The Day We Meet Again, a heart-warming tale of missed connections, and Our Story, a contemporary love story set in the intense world of the writer’s room.

Dickinson said: “I am thrilled to be continuing my publishing journey with HQ. I’ve found a fantastic home with Manpreet and the team and I’m excited by the plans they have for my twelfth and thirteenth novels. I can’t wait to see what we achieve together.”

Grewal said: “When you sit down with a Miranda Dickinson novel, you know you’re in for a treat. Her novels are always full of heart, emotional depth and relatable characters, and yet she’s surpassed all expectations with The Start of Something. It’s a beautiful and moving love story, but also tackles themes of loneliness, recovering from trauma and finding strength through local communities. It’s very special. Miranda’s at the top of her game and I’m excited to see what’s next for her.”

Hannah said: ‘I’m delighted Miranda will be publishing two new books with Manpreet and HQ. Under the HQ umbrella Miranda has written two of her best books to date and it’s exciting to see what the future holds.”

Lachlan Wallace is recovering after a car accident cut short his army career. With two months left of physiotherapy to endure, he’s stuck at home, trying to plan his next move. Bored out of his skull, he’s taken to gazing out of the window when he notices a vase of flowers on the windowsill of the apartment opposite his. Drawn to their hope and colour, he decides to reach out and sticks a message in his window… Beth Gwynne is a stranger in a new city. Bringing up her son Noah by herself, she has slowly rebuilt her life, working in a local garden centre, but loneliness is one obstacle she has yet to overcome. And then one Sunday morning, she sees a message stuck in the window of the apartment building next door: What are those flowers called? And so begins a story of two people reaching out, daring to trust a stranger.

Miranda Dickinson has always had a head full of stories. From an early age she dreamed of writing a book that would make the heady heights of Kingswinford Library. Following a Performance Art degree, she began to write in earnest when a friend gave her The World’s Slowest PC. She is also a singer-songwriter. Her novels, Fairytale of New York, Welcome To My World, It Started With A Kiss, When I Fall In Love and Take A Look At Me Now, have all been Sunday Times bestselling titles.

Three-book deal for BP Walter at...