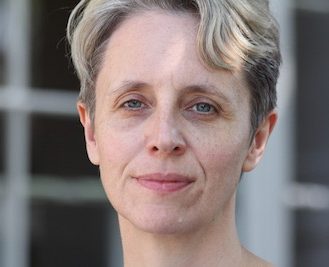 Readers of Prospect magazine have selected Professor Kathleen Stock as the World’s Top Thinker for 2022. Prospect invited readers to vote for individuals from a list of fifty top thinkers they presented in the summer issue, and the results were published today. Alongside Kathleen in the top three were artist and rapper Darren McGarvey and feminist thinker Caroline Criado Perez.

Kathleen’s book Material Girls was published by Fleet in 2021.

Kathleen Stock is a Professor of Philosophy. She has written extensively on the nature of pretence, imagination, and fiction, for academic audiences. She is the author of Only Imagine: Fiction, Interpretation and Imagination (Oxford University Press, 2017) and she has written several academic articles on the nature of sexual objectification from a feminist perspective. Spurred into action by the UK public consultation on gender law reform, she has written extensively for the general public on sex, gender, and women’s interests for The Economist, The Conversation, Quillette, Standpoint, and The Article. Kathleen has been interviewed in The Daily Telegraph, Times Higher Education, the German magazine Cicero, and the Danish daily newspaper Berlinske; and reported or discussed in the Guardian, Times, Sunday Times, Daily Mail, The Spectator, and the New York Times.

In 2021, Kathleen was awarded an OBE for her services to higher education.