Share
25 Jan 2021 Archive
On Sunday, author Rachel Edwards reflected in The Sunday Times on how the appointment of Kamala Harris as the new vice-president of the United States 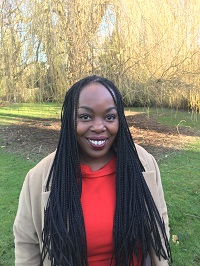 On Sunday, author Rachel Edwards reflected in The Sunday Times on how the appointment of Kamala Harris as the new vice-president of the United States shows the changing attitudes and growing acceptance towards families that do not fit the nuclear mould. Harris is the first female vice-president, and the first vice-president of black and south Asian descent. She is also a stepmother after marrying Doug Emhoff in her forties.

If you missed it, you can read Rachel’s article in full here. Her upcoming novel Lucky will be published by FourthEstate on 24th June 2021.

Rachel Edwards enjoys a rural life in the south-west of England with her husband, Peter. Born and raised in the UK by her Jamaican mother and Nigerian father, she read French with English at King’s College London. She is delighted to have been ‘born on three continents at once’ and feels about as British as a rain shower during Carnival.

After a graduate stint in publishing, her break into fiction came in her twenties when she was engaged to craft literary sauce for her first editor Rowan Pelling. She then won a national fiction award from The Arts Council which comprised mentoring from acclaimed novelist Catherine Johnson. While primarily focusing on her fiction, she has written for numerous publications including The Guardian, Marie Claire, Grazia, Elle, and Good Housekeeping, and during summer 2020 she wrote the lead column for The Sunday Times Magazine. Rachel has also appeared regularly on the BBC; one particular highlight was being interviewed about her writing life and inspirations by Jenni Murray for Radio 4 Woman’s Hour.

Her debut novel, Darling, was launched in May 2018.

The Captain’s Apprentice by Caroline Davison...