The Captain’s Apprentice by Caroline Davison acquired by Chatto & Windus

Share
07 Jan 2021 News
It’s music to our ears: we are delighted to share the news that Caroline Davison’s biography of the Ralph Vaughan William’s 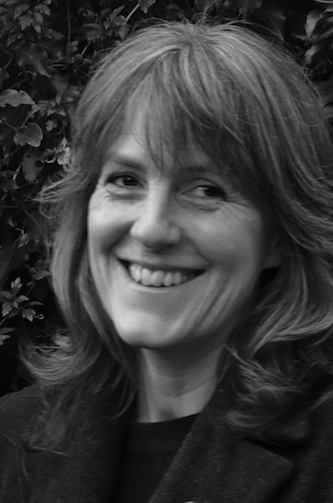 It’s music to our ears: we are delighted to share the news that Caroline Davison’s biography of the Ralph Vaughan William’s, The Captain’s Apprentice: Biography of a Song, has been acquired by Becky Hardie at Chatto & Windus. UK & Commonwealth rights (excluding Canada) were sold in a deal struck with Joanna Swainson. The fascinating biography will be published in August 2022, in time for the the 150th anniversary of the composer’s birth on 12th October 2022.

The Captain’s Apprentice: Biography of a Song, is a non-fiction exploration of the visit Ralph Vaughan Williams made to King’s Lynn in 1905, a week-long stay which had a profound impact on his subsequent work. Vaughan Williams collected the eponymous folk song, The Captain’s Apprentice, from a fisherman who lived in the town. The song subsequently inspired his own composition, Norfolk Rhapsody.

Chatto said: “The book will contrast the life stories of the two main protagonists – the well-to-do Vaughan Williams and the forgotten boy from the workhouse – and explore the impact of folk-song collecting on musical culture in 20th-century England. It will bring fresh perspectives on the lives of folk-song collectors, singers and the subjects of their songs, how they were recorded, who was commemorated and who remained unrecognised. Also interwoven will be the author’s own personal connection with folk song, through the story of a Hebridean ancestor visited by an eminent collector, and a Scottish folk song taught to her as a child through the oral tradition. The author’s story will cast light on how Vaughan Williams, along with Cecil Sharp, succeeded in bringing folk songs into every schoolchild’s life up until the 1970s, including hers.”

Hardie said: “The way Caroline has spotted this long-buried tale, and has been able to tell it by means of a series of interconnections with one of our most beloved cultural icons and her own family’s folk song past, marks her out as a true storyteller. We feel very lucky to be welcoming The Captain’s Apprentice and Caroline to Chatto & Windus.”

Caroline said: “I’m thrilled that The Captain’s Apprentice has found a home with Becky and the team at Chatto. They have really understood what I’m trying to do with the book, and I can’t imagine a better place for it.”

Caroline Davison is an East Anglian-based writer, historian and musician. She has worked as a teacher of English as a Foreign Language, a conservation officer, an historic environment consultant, and charity director. She currently has the luxury of writing full time.

Caroline grew up in a musical family and has sung in various bands and choirs since she was seventeen. Her singing highlight was performing backing vocals for Edwin Starr in his version of Primal Scream’s ‘Movin’ on up’ in the credits for the film Blue Juice.

Caroline’s novel The Pleasure Garden was published in 2006, her children’s book The By-Mistake Guide to Norfolk in 2012.

Rachel Edwards on the US vice-president...