The Shadowy Third shortlisted for the Christopher Bland Prize 2022

Share
17 May 2022 News
The shortlist for this year's RSL Christopher Bland Prize has been announced, and we're over the moon that our very own Julia Parry and her fascinating book The Shadowy Third: Love, Letters, and Elizabeth Bowen is amongst the shortlisted titles 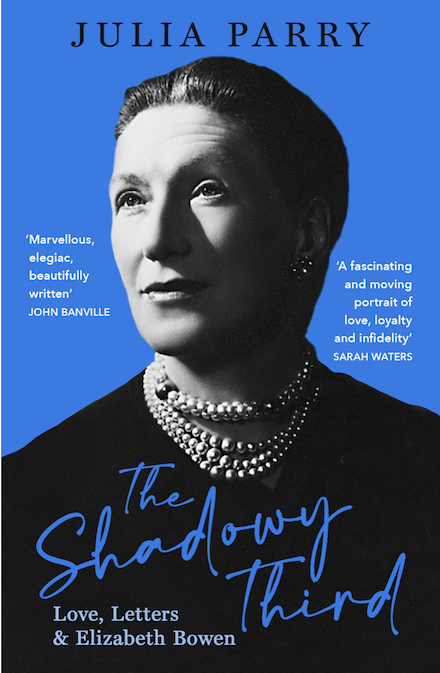 The shortlist for this year’s RSL Christopher Bland Prize has been announced, and we’re over the moon that our very own Julia Parry and her fascinating literary biography The Shadowy Third: Love, Letters, and Elizabeth Bowen is amongst the shortlisted titles. The Shadowy Third was published in paperback by Duckworth Books in February 2022.

The Christopher Bland Prize is awarded to a debut author aged 50 or over and the winner will be announced on 7th June. Other shortlisted authors include Charlotte Raven, Peter Stott, John Carr an Yvonne Bailey-Smith.

The judges said of The Shadowy Third: “It’s very epistolary and very beautiful, particularly with Bowen’s letters which are astonishingly beautiful, complex and intense. It’s like reading one of Elizabeth Bowen’s great novels.”

A death in the family delivers Julia Parry a box of letters. Dusty with age, they reveal a secret love affair between the celebrated novelist Elizabeth Bowen and the academic Humphry House – Julia’s grandfather.

So begins a life-changing quest to understand the affair, which had profound repercussions for Julia’s family, not least her grandmother, Madeline. Julia traces these three very different characters through 1930s Oxford and Ireland, Texas, Calcutta in the last days of Empire, and on into World War II. With a supporting cast that includes Isaiah Berlin and Virginia Woolf, The Shadowy Third opens up a world with complex attitudes to love and sex, duty and ambition, and to writing itself.