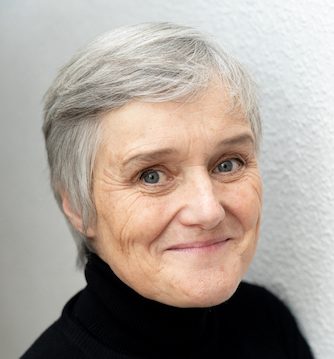 Congratulations to Julia Parry who has won the £10,000 RSL Christopher Bland Prize, which celebrates outstanding achievements for a debut novelist or non-fiction writer first published when aged 50 or over, for The Shadowy Third: Love, Letters, and Elizabeth Bowen, published by Duckworth Books. The book uncovers the hidden love triangle between novelist Elizabeth Bowen and the author’s grandparents and includes letters detailing the affair.

Parry said she was “amazed and delighted” to win. “It is such a unique award; one that celebrates writing begun in the autumn of life” she said. “When I inherited the extraordinary correspondence between Elizabeth Bowen and my grandfather Humphry House, I knew it needed to find a wider audience. I felt that I had nothing to lose in writing that book myself. It is, as Sir Christopher Bland said, ’never too late’ to start. My creative journey has been immensely rewarding, both intellectually and emotionally. To be given this recognition for what began as a labour of love is overwhelming. I want to thank the judges and the Royal Society of Literature for this huge honour.”

David Baddiel chaired this year’s prize alongside judges Caroline Criado Perez and Naga Munchetty. Baddiel said: “As a fan of Elizabeth Bowen, who is a much-overlooked mid-20th century British writer, my eye was drawn to The Shadowy Third by Julia Parry early on. It’s a book about marriage, infidelity, men and women, the complexity of love, and letters. It’s non-fiction, but is in its own way as thrilling and insightful on these subjects as one of Bowen’s great novels.”

Criado Perez added: “Never having read any Elizabeth Bowen, I didn’t expect to particularly enjoy The Shadowy Third – but I absolutely loved it. Julia Parry has done an incredible job of pulling the letters she found in her uncle’s attic into a compelling narrative, with vivid characters I really cared about. As soon as I finished, I went out and bought myself my first Bowen novel and I can’t really think of any higher praise than that.”

Munchetty also commented: “I don’t think I’ve ever read a book that made me want to go out to buy and read the poetry of another writer. This did. I did. And I’m very pleased I read it all. A labour of love well worth telling.”

The Shadowy Third shortlisted for the...