Share
27 Sep 2022 News
We are thrilled that this week Caroline Davison's illuminating account of the composer Ralph Vaughn Williams and Edwardian folk music, The Captain's Apprentice, has been selected as Radio 4's Book of the Week. 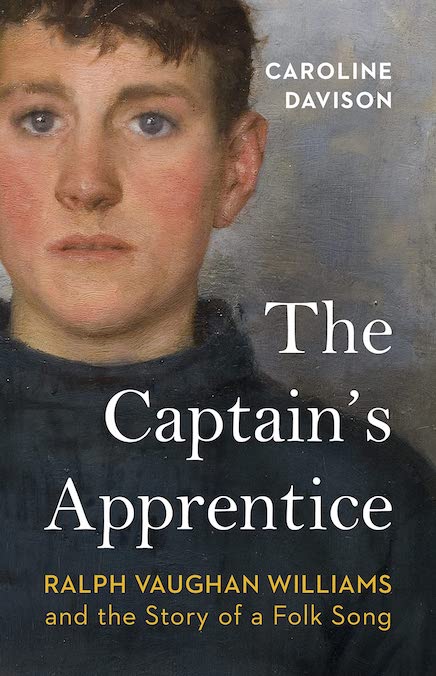 We are thrilled that this week Caroline Davison‘s illuminating account of the composer Ralph Vaughn Williams and Edwardian folk music, The Captain’s Apprentice, has been selected as Radio 4’s Book of the Week. Extracts from the book will be aired every day throughout the week. You can catch up on episodes here.

The Captain’s Apprentice was published by Chatto & Windus in hardback in August 2022 for Vaughn William’s 150th birthday.

In January 1905 the young Vaughan Williams, not yet one of England’s most famous composers, visited King’s Lynn, Norfolk, to find folk songs ‘from the mouths of the singers’. He had started collecting in earnest little more than a year before but was now obsessed with saving these indigenous tunes before they were lost forever. An old fisherman, James ‘Duggie’ Carter, performed ‘The Captain’s Apprentice’, a brutal tale of torture sung to the most beautiful tune the young composer had ever heard.

The Captain’s Apprentice is the story of how this mysterious song ‘opened the door to an entirely new world of melody, harmony and feeling’ for Vaughan Williams. With this transformational moment at its heart, the book traces the contrasting lives of the well-to-do composer and a forgotten King’s Lynn cabin boy who died at sea, and brings fresh perspectives on Edwardian folk-song collectors, the singers and their songs.

While exploring her own connections to folk song, via a Hebridean ancestor, a Scottish ballad learnt as a child and memories of family sing-songs, the author makes the unexpected discovery that Vaughan Williams has been a hidden influence on her musical life from the beginning – an experience she shares with generations of twentieth-century British schoolchildren.

Before becoming a writer, Caroline Davison worked as a conservationist in the heritage sector for thirty years. Her publications include a novel, The Pleasure Garden, and a number of non-fiction essays. Caroline also writes and performs music and has been a singer in various bands and choirs since the age of seventeen. She lives and works in Norfolk.

Self Defence by Daniel M Davis...