People Like Us makes the Christopher Bland Prize Shortlist for 2021!

Share
17 May 2021 News
What fabulous news to start the week! We're absolutely thrilled that Louise Fein's moving and powerful debut novel, People Like Us, has been shortlist for the Christopher Bland Prize 2021. Congratulations, Louise! 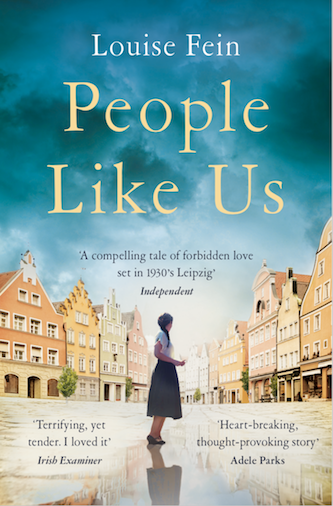 What fabulous news to start the week! We’re absolutely thrilled that Louise Fein’s moving and powerful debut novel, People Like Us, has been shortlist for the Christopher Bland Prize 2021. Congratulations, Louise!

The prize is awarded for a debut work of fiction or non-fiction by a writer over 50, and was announced this morning by Chair of Judges, Mary Beard. The winner will be announced on June 3rd. Previous winners include The Salt Path by Raynor Winn and Clean by Michele Kirsch.

Judge Georgia Byng said: “People Like Us is an impressive and brilliantly-imagined page-turner that has us inhabit a girl’s Nazi-indoctrinated mind. A wonderful teenage love story too between that girl, Hetty, and Walter, a Jewish boy, reminding us of the horrors of fascism, racism, sexism and genocide, of how easily truth can be hidden by lies, but of love and hope as well.”

People Like Us was published by Head of Zeus in hardback the UK in August 2020, and in paperback in March 2021. Rights have sold in 13 territories to date.

The Silent Daughter makes the CWA...