Helen Naylor features in The Telegraph and The Times

Share
22 Nov 2021 News
Over the weekend, Helen Naylor and her upcoming memoir feature in The Telegraph and The Times. 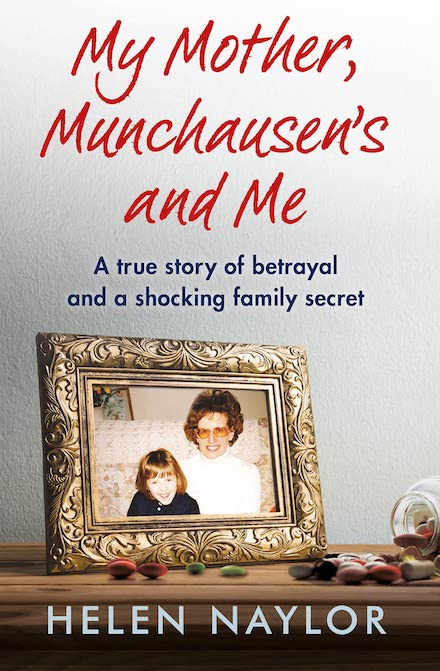 Over the weekend, Helen Naylor and her upcoming memoir feature in The Telegraph and The Times. My Mother, Munchausen’s and Me will be published this Thursday by Thread, an imprint of Bookouture.

Helen spoke to The Telegraph’s Elizabeth Grice about her relationship with her mother, her childhood and her discovery after her mother’s death that the illnesses her mother had suffered from throughout Helen’s life had be fabricated. The article also featured an extract from Helen’s memoir which you can read here.

Writing for The Times, Sarah Ditum described Helen’s memoir as ‘a fascinating account’. You can read the full review here.

Ten years ago, Helen Naylor discovered her mother, Elinor, had been faking debilitating illnesses for thirty years. After Elinor’s self-induced death, Helen found her diaries, which Elinor wrote daily for over fifty years. The diaries reveal not only the inner workings of Elinor’s twisted mind and self-delusion, but also shocking revelations about Helen’s childhood.

Everything Helen knew about herself and her upbringing was founded on a lie. The unexplained accidents and days spent entirely on her own as a little girl, imagining herself climbing into the loft and disappearing into a different world, tell a story of neglect. As a teenager, her mother’s advice to Helen on her body and mental health speaks of dangerous manipulation.

With Elinor’s behaviour becoming increasingly destructive, and Helen now herself a mother, she was left with a stark choice: to collude with Elinor’s lies or be accused of abandoning her.

My Mother, Munchausen’s and Me is a heart-breaking, honest and brave account of a daughter unravelling the truth about her mother and herself. It’s a story of a stolen childhood, mental illness, and the redemptive power of breaking a complex and toxic bond.

Walking on Sunshine is a Sunday...